Girls Getting Their Math On 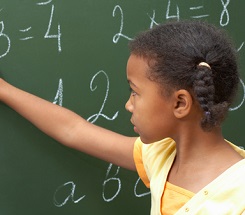 “Boys are better at math than girls.” We hear and feel this statement all around us – whether it’s on sparkly, girly t-shirts or from a talking Barbie (in 1992, Mattel released a Barbie that spoke a number of phrases, including “Math class is tough!”). Now I’ve found it’s also hitting close to home; my daughter plainly stated the other day, “I’m not good at math.” Yikes. Granted, she’s not doing as well in math at school than language arts, but where is this statement coming from? What can be done to reverse this type of thinking and encourage girls to not only embrace math, but to also have a passion for it?

According to an article by lifescience.com, one study says that girls prefer a slow and accurate approach, while boys take a more impulsive, error-prone strategy. Surprisingly, this difference seems to benefit girls early in elementary school but favors boys by middle school. Lifescience.com also comments that other studies seem to point to cultural differences and how girls residing in areas with more gender equality and solid education systems perform comparably to boys in math.

Other research points to a gender bias in the classroom in which girls are automatically perceived and expected by their teachers to be less math-capable than boys, even when their grades and scores were comparable. As a result, teachers have a tendency to treat girls differently when it comes to math, and subsequently girls can possibly lose confidence and may even experience “math anxiety.”

Additionally, societal pressures can make some girls afraid of the “nerd” factor; that doing well in math is somehow negative or “uncool.”

Beyond Words of Encouragement

Based on numerous studies, one thing is definitely clear about girls and math – the differences are actually negligible between girls and boys when it comes to math abilities. According to Natalie Angier and Kenneth Chang of the New York Times who reviewed these differences, they reported (based on the U.S.): “There is no difference in math aptitude before age 7. Starting in adolescence, some differences appear (boys score approximately 30-35 points higher than girls on the math portion of the SAT). But, scores on different subcategories of math vary tremendously (often with girls outperforming boys consistently).”

So that being said, what can we do as parents to help our girls get comfortable with math and also excel at it? One suggestion is even before grade school begins for our kids, we can introduce them to numbers and math concepts. That can help to remove the anxiety when faced with math problems and also let our girls realize the value and importance of math.

In addition, parents can help daughters to realize that skills can be gained by achievement and practice. An interesting study “Is Math a Gift? Beliefs That Put Females at Risk,” by Carol S. Dweck of Stanford University, states how students who perceived math to be a gift/talent, rather than a skill they could develop, did not do as well in math. The study states “It looks, then, as though the view of math as a gift can not only make women vulnerable to declining performance, it can also make them susceptible to stereotypes, so that when they enter an environment that denigrates their gift, they may lose the desire to carry on in that field.” However, girls who perceived math skills as something they could practice – and successfully achieve – did better overall in their math classes.

According to a recent report by the Labor Department, in the next 10 years, 80 percent of all jobs will require technical skills. The report also stated that jobs in the science, technology, engineering and math (STEM) fields are expected to grow twice as fast as other jobs. With these kinds of looming statistics, our girls need to get on board with math now.

So saying “I’m not good at math” isn’t acceptable and telling my daughter “Yes, you are” isn’t good enough. We both need to work toward making “consecutive odd integers,” “the distributive property” and “order of operations” vocabulary that doesn’t scare us, but rather challenges and even excites us!

Helpful websites to get your girls excited about math:

The GEMS Club: Girls Excelling in Math and Science: http://gemsclub.org/ 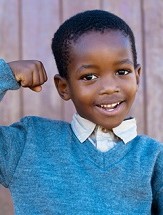 Kids and Leadership: Finding a Voice 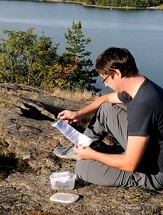 The Hidden Treasures of Geocaching 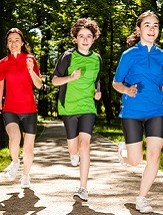 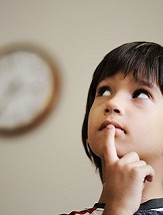