Meet the Hickory Horned Devil, a Fierce but Harmless Caterpillar 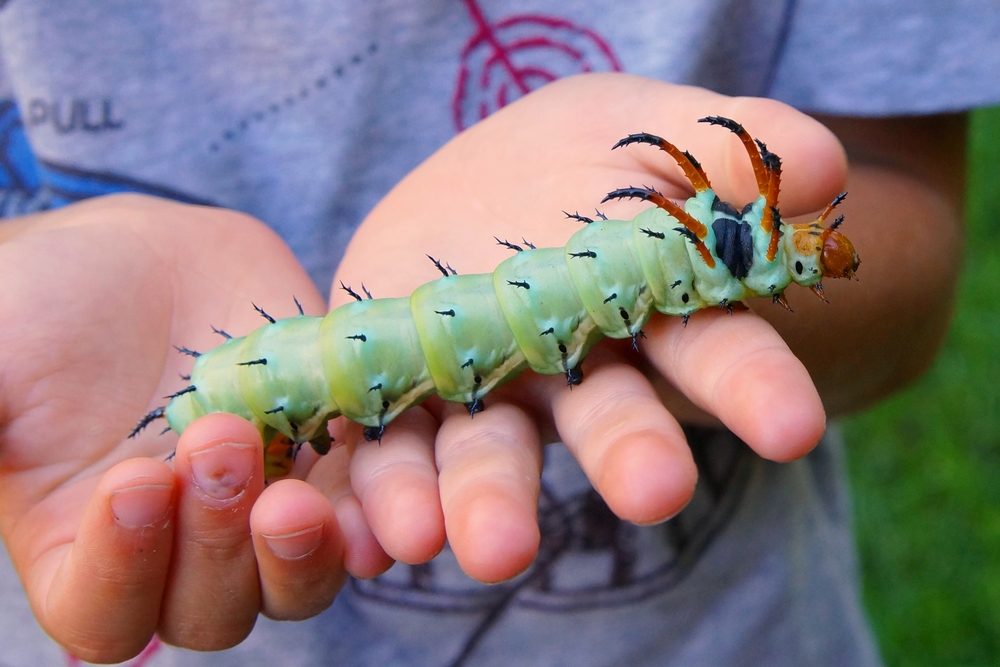 Hickory horned devil caterpillars look fierce and can be almost as big as a hot dog, but they’re harmless. They have green bodies (that become turquoise as they age) and lots of prickled, orangey horn-like structures on their heads. They’re so big and fierce-looking that even chickens — which usually love to eat caterpillars — have been known to stay away from them.

HHDs eat leaves, chiefly those from hickory-type trees, such as walnuts, pecans, buttonbush, filbert, ash, and others. They also like persimmon leaves.

Where do they live?

HHDs live in the deciduous forest areas of the eastern U.S. In earlier years you could find them as far north as Massachusetts, but now they only get as far as New Jersey. They’re more common down south — as far west as eastern Texas and as far east as central Florida.

How long do HHDs live?

They hatch from eggs in about a week, and then the larvae (the HHDs) live about five weeks -– usually from late July to the middle of August.

What do they do in that time?

They eat leaves, storing up energy for their pupation and final transformation. They eat a huge meal right before they start looking for soft earth to burrow into for pupation, when they live in dark brown cocoons.

Why do they gorge themselves before pupation?

It’s their last meal ever, because as moths, they don’t eat. They don’t even have mouths that can absorb nutrients. Also, pupation could last one season or even two, depending on when the pupa senses conditions are ripe for its emergence.

What kind of moth does the HHD become?

The HHD is the larva of the regal moth, which is the biggest moth found north of Mexico. It has gray-green and orange wings about four to six inches wide. It lives only about a week, and in that time this beautiful moth works as hard as it can to mate and reproduce, before it eventually dies of exhaustion. 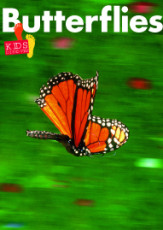 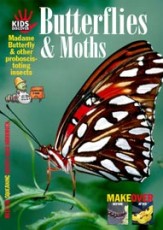 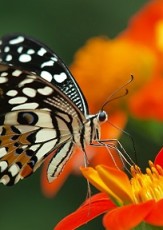 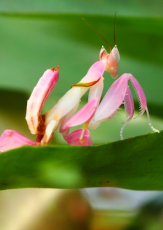 The Orchid Mantis, a Beautiful but Deadly Master of Disguise