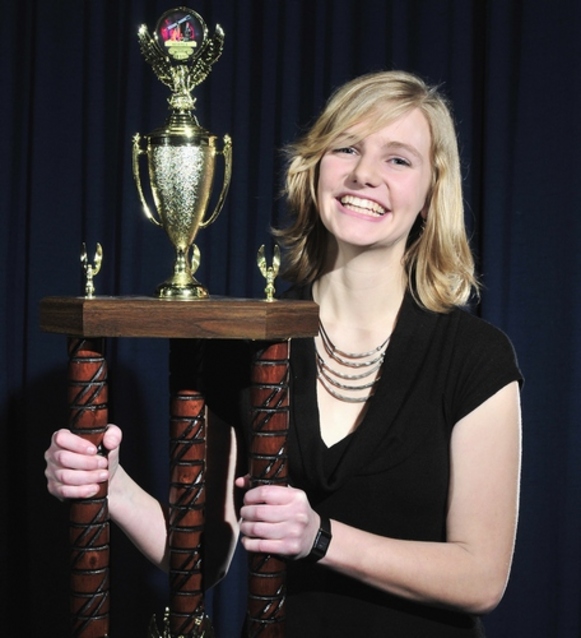 Inspired by the way notes played on a piano vibrated strings on a nearby banjo, in 2011 Pennsylvania teen Marian Bechtel invented a landmine detector that uses sound waves. It finds plastic mines and metal mines and may become a low-cost alternative to current detection methods.

Landmines are buried bombs that explode when hit with enough force, which could be a person’s footstep or a vehicle rolling over them. They’re deadly during combat and, unlike most wartime threats, they remain deadly even after fighting stops.

One of the first things people do after a war is remove mines to make fields safe again for people and livestock. They use metal detectors, send small trained animals (like rats and dogs) out to sniff for mines, and even use bees, bacteria, and plants that react to leaking gases or other evidence of underground explosives.

Yet landmines remain a threat in 70 countries, killing a person every 20 minutes. Marian learned these facts one night in 2007 from geologist friends visiting her scientist parents. The geologists were working on a holographic radar landmine detector. She was just 13 at the time, but she wanted to help somehow.

A few weeks later, she says, “I was playing the piano one day, and noticed that whenever I played certain chords, this annoying buzzing would start. I realized it was coming from the strings of a nearby banjo …. Then, all of sudden, a thought clicked: ‘Can I make landmines resonate?’”

Her parents encouraged her to look into the idea, and Marian did, using a metal detector, along with a shaking device and some very sensitive microphones to listen for vibrations. Three years later, she had a prototype. “You just stick it in the ground and it just sends seismic waves through the ground,” she says, “and that makes any buried land mines in the area resonate.”

In 2011, she won an award for her work. She’s studying geology in college now and has said she wants to do research in particle physics.  She still loves music too. 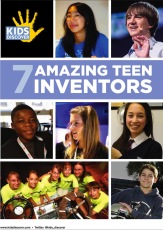 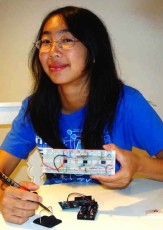 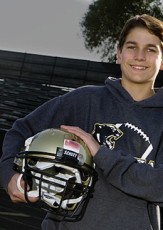