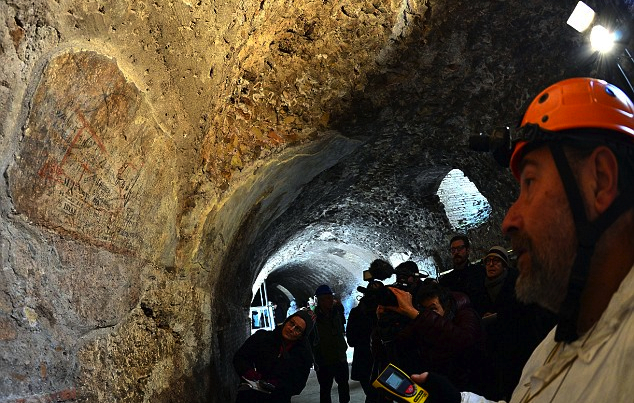 Did you ever wonder what an ancient building looked like in its heyday? Sometimes archaeologists get the chance to find out, like the team that worked on a recent restoration project at the famous Colosseum of Rome.

Originally named the Flavian Amphitheater, because it was constructed by emperors of the Flavian dynasty, the Colosseum was completed in 82 AD and is still the world’s largest amphitheater. Surrounding the central arena — where gladiator fights and mock hunts took place — and connected by corridors, seating in the different spectator levels was organized by social status.

The Colosseum was built of concrete and different types of limestone, and the open-air seating area was mostly white marble. But the monochrome palette that remains doesn’t reflect its colorful past.

Archaeologists say the hallways and other interior areas were painted with bright colors, although less than 1 percent of the painted surfaces still exist. Only one internal passageway leading to the outdoor theater is still intact, and in 2012 archaeologists began a long-awaited cleaning and restoration project. They gently removed layers of crud and uncovered paintings done in red, light blue, green, and black. Some experts now think the outside of the stadium was painted too.

The cleanup project also revealed graffiti scribbled on the corridor walls by gladiator fans. Back in Roman times, some gladiators had huge followings that made them the sports heroes of their day.

Gladiator fights were the main attraction at a day of “spectacle,” which was free to the public and began with battles between wild animals, hunts led by armed men, and tamed-animal shows. Then the gladiators slugged it out with a variety of weapons. Battles to the death weren’t common, because spectators’ cheers would earn their favorites a pardon. Some gladiators won their freedom, others won money … and others won a memorial etched on a wall for all time. 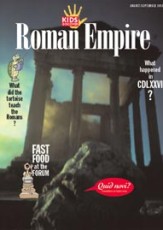 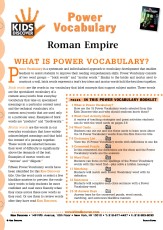 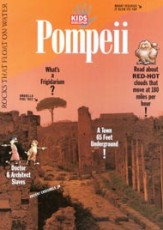 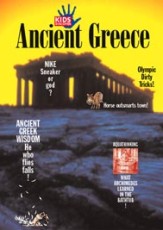