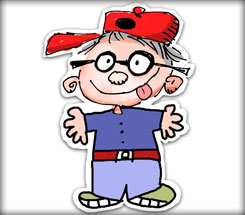 Last month, two of my dearest friends went on a two-week excursion to Italy as part of a birthday gift (nice…). Though my wife and I were initially invited to tag along, for reasons of money, time, and money, we were unable to enjoy the pleasures of the Italian countryside with our cohorts.

I, too, recently celebrated a landmark birthday (no, I’m not telling), and though I could only manage a trip to the grocery store as part of the festivities, my globe-trotting friends thought I deserved better. On the night of my party, they appeared with DVD in hand, replete with The Adventures of Flat Mikey. It seems that a small cardboard cutout of me had accompanied them in their travels. The video that ensued had my two-dimensional visage cavorting about the Tuscan terrain with nary a care in the world, and when it was over (and the laughter had subsided a bit), I was told that it was produced in the manner of Flat Stanley.

I like to think of myself as heavily immersed in children’s literature, but this caught me completely off guard. As a teacher, you likely know this already, but just in case: Flat Stanley is the story of Stanley Lambchop (written in 1964 by Jeff Brown) who is flattened by a bulletin board that falls on him. Stanley makes the best of the situation as he is now able to fit into an envelope and be mailed to his friends. All physics aside, it’s a great story of empowerment and improvisation for kids. Flat Stanley is not impaired by his accident, and actually thrives.

The story is also a call for students to reach outside the boundaries of the classroom and explore (vicariously) the world around them. If you’d like to investigate ways your classroom can produce their own world traveler, there exist many online resources, one such being The Flat Stanley Project, but an easy student-driven project is easily within reach.

Find a stiff piece of cardboard, preferably something as in the back of a drawing pad, and trace out your own Flat Stanley. Keep his dimensions such that he will fit easily into a 9 inch by 12 inch envelope (or other standard envelope) and have the class help decorate him. Sturdiness is a factor here as well, so don’t give him a thin neck or skinny arms and legs. He will get handled a lot. You can include the school colors and even give him (or her, there exists a Flat Stella as well) another name befitting the project’s origination.

On the back, firmly affix a note card with the traveler’s name, place of origin, and instructions. If you’d like, use your own personal email (or the school’s) for respondents to send digital photos of Stanley to. (You might even consider starting a blog to detail the whereabouts of your thin ambassador. WordPress.com and Blogger are good places to start, and they’re free). In your instructions explain Stanley’s mission, and ask that the recipient snap a few photos of Stanley, email them to you with a short description, and simply pass him along to someone else, somewhere else. Be sure to let your charges have fun with the project, and make them a permanent part of Stanley by having them each sign the backside (first names only). This might be a good time as well to note the original date of Stanley’s creation. Then, pack him off, and let the post office and others join in the fun.

Many teachers like to get other schools and classrooms involved, but your Stanley can travel amongst family and friends just as easily. If you have a map in your classroom, your students can plot Stanley’s locations throughout the year. And fair warning, Stanley can be on the road for several years, so plan ahead. Be sure to get your students on board with the project and ask for their creative input as to the naming of your character, the appearance, and even its initial trajectory; as in, schools only, always a different state, whatever. Kids can also take this idea home with them and start their own Flat Stanley project, and report back to the class.

However you go about it, make sure the kids are involved and listen to their ideas as to how to get their “Stanley” out into the world. Oh, and I think you’re out of stamps. LOL! 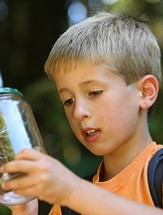 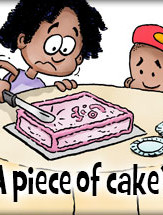 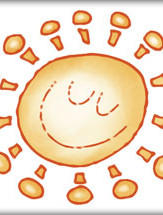 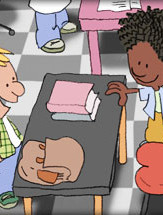